What Is Auricular Medicine 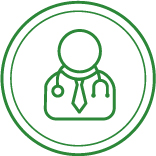 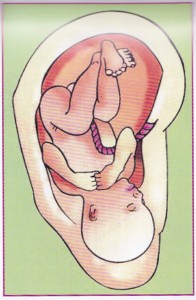 Auricular Medicine is a scientific medical system which can diagnose and treat many different diseases of the body and the mind solely through the ears. After more than 35 years of research and practice. Dr. Li-Chun Huang, an internationally renowned physician, and Dr. William S. Huang founded this unique art of healing.

Ears to medical conditions of the past, present, and predict the future, of more than 200 diseases and symptoms can be diagnosed. Further, Auricular Diagnosis is based upon Embryology, Anatomy. Genetics, Immunology, Autonomic Nerves, Sympathetic and Peripheral Nerve Systems, Pathomorphology, Fluidism, Etc.

Ear Diagnosis is based upon points, areas, zones, lines, grooves and channels. In addition, Ear diagnosis is through point detection, and a method of detection of the whole system called linear mobile touching method.

Below are the Great advantages of Auricular Medicine: 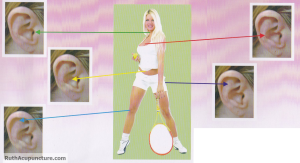 What is Auricular Medicine?

Auricular Medicine is a highly developed system of diagnosis and treatment, discovering ailments anywhere in the human body by expertly examining the ear, which the well trained practitioner can accurately determine symptoms and root causes of diseases.

Auricular Diagnosis, unlike any other medical systems, auricular medicine can examine the physical conditions of a person in a very simple, low cost, but precise way. By checking different auricular points, one can get information about the health condition of a person. More importantly, it can also give the history information of the diseases and also predicts the potentials of certain diseases such as diabetes. Other medical systems are imprecise or complex, expensive, and time consuming.

What are the advantages of the Auricular Medicine?

Auricular Medicine has many advantages over the other medicines because of its unique methods in diagnosis and treatment: 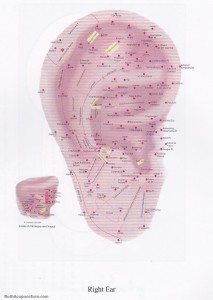 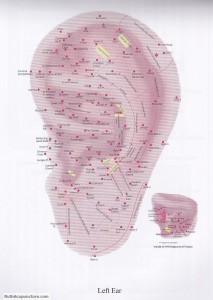 What is Auricular Diagnosis?

Auricular Diagnosis is the summary of the diagnosis methods of Auricular Medicine. The Unique feature of Auricular Diagnosis is that the health conditions of the patient can be simply checked through the ear. By checking the color, shape, and electrical signal changes at certain acupoints, the medical practitioner can draw the conclusion whether there are any health problems there, or even the potential of some physical changes.

What is Auricular Treatment?

What is Auricular Seed Therapy?

Auricular Seed Therapy is also referred to as the “seed-pressure” method. It refers to applying a hard, smooth seed, herb, a pill or drug, or a magnetic pellet on tape, to a selected auricular point, and pressing it properly, to stimulate the point, to treat various diseases. It is the most popular treatment methods under development in the past 25 years.

Even though Auricular Filliform Needling and Auricular Needling Embedding Therapy are very effective in treating many diseases; needle insertion undoubtedly produces pain, which scares away many a potential patient. Auricular Treatment, on the other hand, is safe and painless. The patient can even constantly stimulate him/herself by pressing the seeds attached to the acupoints.

This method is very suitable for children, or those others who are afraid of pain, or who can not receive treatment everyday. Through clinical practice records, it has been confirmed that Auricular Seed Therapy is more acceptable by the patients, yet can achieve satisfactory therapeutic effects.Auricular Massage Therapy.

What is Auricular Point Massage?

This method may also be accomplished with the Digital Maneuver Acupoint Pressure, one of the skills of Qigong. Point pressing is indicated to relieve pain, prevent diseases, and preserve health.

Finger Nail Pressing presses a selected point with thumbnail on the anterior of the point, and with the nail of the index finger on the posterior of the point, gradually press harder and harder. Apply light manipulation when helping those with a weak constitution, and apply heavy manipulation when helping those with strong constitutions.

One to three points may be selected for each treatment. This method is suitable to treat painful diseases, such as toothache, headache, stomachache, hepatalgia, and the common cold Kneading and Pressing kneads and presses a selected point or area clockwise with a tender stick, or with the tip of an index finger gradually harder and harder until the patient has the sensation of the heat, distention, and comfort. This method is suitable for infants, children, painful diseases, indigestion, and patients with a sensitive constitution.

What is Auricular Bleeding Therapy?

This is a method of treating disease by puncturing selected auricular points with an auricular Filliform Needling, intradermal needle, etc.

This method is indicated to treat high fever and colonic convolutions due to fever, pain due to blood stasis, headache, dizziness and vertigo due to hyperactivity of liver yang, swelling and pain of conjunctiva, constipation, and dermatosis due to excessive heat of the lungs and large intestine.

Thus, Auricular Treatment is very different from acupuncture because it doesn´t penetrate the body and is basically painless. When the seeds remain on the ear for about a week, the patients can treat themselves, and thus better results can be obtained. This is a natural drug-free approach.

Auricular Treatment has been proven to be efficient in treating many diseases, including endocrine disease, and various pain symptoms.