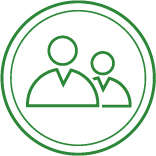 The Chinese government sent her as the head of delegation to Cuba to teach the Chinese Medicine. Because of her outstanding Acupuncture expertise there, the Cuban government awarded her the National Combative Friendship Honor, which is the highest national honor, and Cuban president Fidel Castro handed the award to her personally. Upon Dr. Huang’s return to China in 1994, the Chinese government extended further recognition by awarding her the title of “National Expert” in the field of her exceptional knowledge and skills Auricular Acupuncture medicine field.

Dr. Huang has dedicated her entire life to the field of auricular acupuncture. Her many extraordinary accomplishments showcase her sincere love to help and strong interest in the field. Her exceptional knowledge, teaching skills, and dedication to continuing research have made her highly respected by fellow practitioners of the art of the auricular acupuncture, both in China and around the world.

Dr. Huang worked in the “301″ Chinese Military Hospital, the premier Government operated military hospital in Beijing, for over 35 years before coming to the United States. She was Chief Director of the Acupuncture Department of the “301″ Military Hospital for more than 10 years.

She is regarded as the most superior Auricular Medicine specialist in the world, and also as one of the top acupuncturists in China. She has treated over 250,000 patients throughout the world, among them succeeding generations of the top government leaders of China, and other foreign country government officials, such as President of Italy and Cuba. Dr. Huang was honored as the top Medical Expert in her field by the Chinese Government, and is a Acupuncture consultant to many medical organizations throughout the world.

Dr. Huang is now the President of Auricular Medicine International Research & Training Center (AMIRTC), which was founded to train and certify various levels of proficiency in Auricular Medicine area, and to continue research in these areas. Dr.Li Chun Huang, together with Dr. William Huang, is now training and teaching doctors throughout the United States and Canada, and in other parts of the World for such epic Chinese traditional complementary alternative acupuncture auricular theory.

Dr. Huang, over the years, has conducted and recorded extensive research, and is the top researcher in the field of Eastern alternative Auricular Medicine. She has written and published four books on Auricular Acupuncture Diagnosis and Treatment in the Chinese language, three of which have been translated into English, one into Spanish and one into Portuguese.

Dr. Huang appreciates the importance of research and has participated in many pioneering projects including:

Yao Lu is a Licensed Acupuncturist in AL,USA, also a Licensed Acupuncturist in Canada, the director of Auricular Medicine Center. She graduated from Beijing Medical College, Beijing, China in 1987. She has worked in Department of Pathology in Great Wall Hospital in Beijing in the early years, and worked in Department of Medicine in McMaster University in Canada in 2000-2005. After that she moved to America and was apprenticed to her mother (Dr Li Chun Huang), a famous traditional Chinese medicine auricular acupuncture doctor.

She is a specialist in Chinese Acupuncture, Chinese herbal medicine, and Auricular Medicine, Chinese Cupping therapy, Chinese Acupressure, Chinese Reflexology, Chinese moxibustion. In these years of practice, she has treated more than 5,000 patients, overcome with various conditions and diseases. She has received a great reputation among his patients with her great acupuncture skills of diagnosis and treatment.